Yesterday I made the decision to shut down my Facebook for a short time. I was feeling stressed by peoples negative posts and passive aggressive behavior. I would literally lose sleep over things I had no control over and drama that I was not even involved in! Not to mention that I felt I spent too much time catching up on all the status updates instead of enjoying precious moments with my family.

Avoid negativity and drama...that was my plan and I was sticking to it!

I don't want to get into specifics but I divulged information about someone knowing that it would get back to them. I knew a girl felt threatened by a girl that I know...and I know their parent VERY well. I knew that the information would get back to the parent and to be honest and I hadn't really thought about what I wanted to come of it. Was I trying to prove my own point? That their child was in the wrong? Should their child have repercussions? Sadly, I'm not sure.

Well the information was not received well by the parent. In fact, they actually had the nerve attacked MY PARENTING SKILLS! SAY WHAT????!!!! OH NO YOU DIDN'T???!!!

I can be hot tempered. Texts were exchanged and I let my mouth and my anger get the best of me and I said some REALLY shitty things. Some real low blows. Even now, I meant most of what I said but did it really need to be said? Especially now?
There was some real drama. I'm disappointed in the other parent for justifying their childs' disgusting behavior but I have no control over that. What I do have control over is my reaction to the situation.  My decision to share the information in the first place may have even just ruined a relationship.

Here I sit at midnight now angry at myself. I should have been the bigger person. I could have not replied to the text. I could have tried to be politically correct. But I did not do any of those things.

So I find it ironic that the day after I thought I rid myself of the most negative aspect of my life...the drama of Facebook...I find myself in this situation.
I'm not sure where to go from here. I do not wish to salvage the relationship with said parent, nor their child. But I live with the fact that I said some really ugly things.
I did learn that even though I KNOW I'M RIGHT and I have a real way with words :)  the disappointment with myself for stooping so low is not always worth it.
Posted by The Beavers at 12:14 AM

Even though we don't live close to each other or hang out, sometimes I think we are almost identical. Our minds work so similarly that it's scary.
Drama. Drama sucks and keeps me up at night and I overanalyze things and wish I could just let things roll off my back and not consume me. I can relate sooo much to your post, I have drama with my group of girlfriends up here and it's exhausting. I hope you can get sleep and know that obviously this other woman's issue is with herself and not you.
Be confident in yourself!
And yes, I am LOVING starting my day with boot camp. I will be sad when my 6 weeks is over so I'm going to be searching for gyms to join!!
Big hugs my friend! 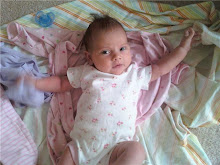